Shinobu Kato, founder of Kato Sake Works, on scaling his business, organic customer growth, and finding a piece of Tokyo in Brooklyn.

Kato Sake Works opened a 500 square-foot sake production studio and taproom in Bushwick in March 2020, days before the city-wide shutdown. Two years later, founder Shinobu Kato has long outgrown the space and is eager to ramp up his production and offerings. To prepare for the next stage of his business, Kato turned to Skopos. 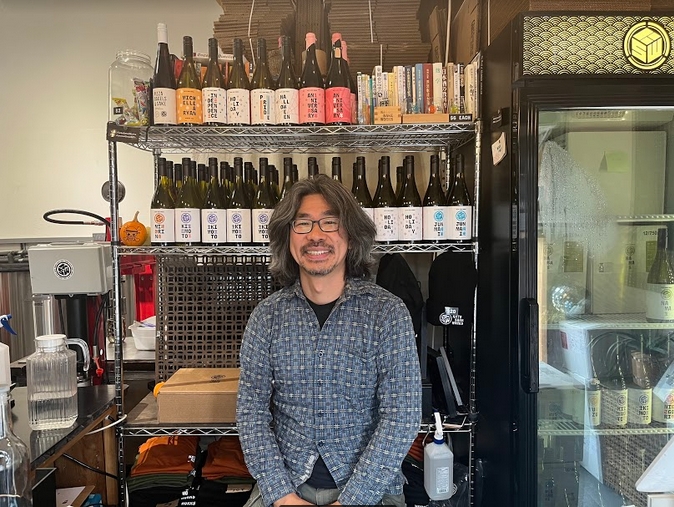 People often ask, how has it been, opening in the pandemic? The thing is, we haven’t operated outside the pandemic, so we don’t know. In a way, it was lucky that we were starting an alcohol production business, because during that time…well, what did we all do?

It had already taken a year to get our liquor license, and in that time people noticed our shop and started asking when we were going to open. We finally announced the soft opening… then Covid hit. Our plan changed 180 degrees: we haven’t been able to use our taproom, so we’ve been operating as a bottle shop. The first year was just trying and struggling and doing the initial run, then sometime in the second year we were hitting our marks.

“The pandemic allowed us to grow slowly—we’ve been able to be a little picky about who we want to work with.”

As Covid slowed and restaurants started re-opening, we began getting wholesale accounts. Because we’re so small we haven’t done much active selling—I tried at first to go to local wine shops and drop off bottles, but I’m not a salesman. But we got plenty of random emails from people who had gotten to know us or who were recommended by our customers, so many of our accounts started like that.

Without the pandemic, things would have gone differently. Initially, I thought that if I were to do wholesale, I’d need to find a fancy omakase restaurant in Manhattan. But now our customers are different. We’re in cool bars and local coffee shops; we have pizza and Thai and Vietnamese restaurants all carrying our sake. Bushwick has a very local focus, and being in the craft scene is something we really enjoy. I think the pandemic allowed us to grow slowly because we’ve been able to be a little picky about who we want to work with. Plus, our production quickly caught up to our space. Probably a year ago we got to the point where we weren’t able to make any more sake. That’s when we realized it’s time to expand.

“There would have been a lot more surprises if we didn’t have Elli. We’ve been lucky in that way; she was able to bridge the gap between our needs and the unknown.” 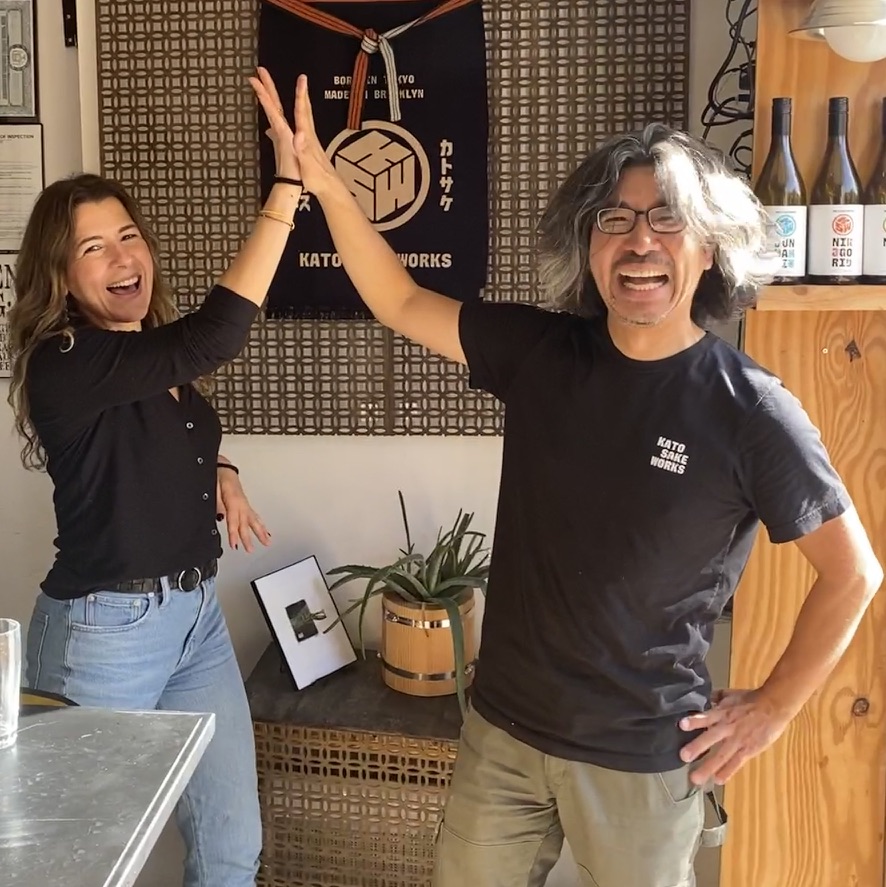 Around then I happened to meet the owner of all these sake bars in the East Village, and he introduced me to somebody at ITAC who does small business support. Through ITAC I was put in touch with Elli at Skopos. I felt ready to expand but I didn’t know if it was financially feasible, so the first phase of our collaboration was just to work on the numbers. At the end of that exercise we figured it was possible, so then we had to take our numbers to the bank to find someone interested in helping us. In order to do so, we needed some idea of what kind of space we’d have, and that’s always a chicken-or-the-egg thing: The bank won’t give you money based on a hypothetical, but until you have the space, you don’t have the costs for construction, and you don’t want to sign the lease without knowing the costs.

Elli was so patient guiding me through the process. She put together the investment package for the banks, got a couple of leads, and they all came back to us asking about the space. We probably spent six months looking for property around Bushwick and none of them worked. One day, just when we’d exhausted all the vacancies in the neighborhood, my real estate broker called me and said there was a spot just about to open. So I ran down there, took a look around, and asked the landlord not to put the sign up.

“Yes, we’re doing business, but at the same time, it’s more: Elli is helping us in a very genuine way, trying to support local businesses she believes in.”

We signed the lease, made the architectural plans, and then had to price out construction with different companies. Not much surprised me about the buildout, but the whole thing took longer than expected and came in a little over budget. Honestly, there would have been a lot more surprises if we didn’t have Elli. We’ve been lucky in that way; she was able to bridge the gap between our needs and the unknown, and then communicate with us and the bank. Also, it takes a lot of energy and time to do all the paperwork!

And the thing is, yes, we’re doing business, but at the same time, it’s more: Elli is helping us in a very genuine way, trying to support local businesses she believes in. Same with our architect and our client contractor—they’re passionate about the project and have some personal interest in building a local sake brewery. So far we’ve been lucky that all our employees and the people we’re working with are doing business not just for the money. And we hope we can continue the same growth model for employees, customers, collaborators—everything.

Our new space is a typical Bushwick warehouse, and we’ll have a big taproom where people can finally sit down, have a drink, and hang out. It’s five times bigger, but in terms of breweries, still small-scale. After the expansion will be the first time we will have to hire in a more structured way, and we have been brainstorming on how we can keep the same character and organic growth while we double the size of our team. 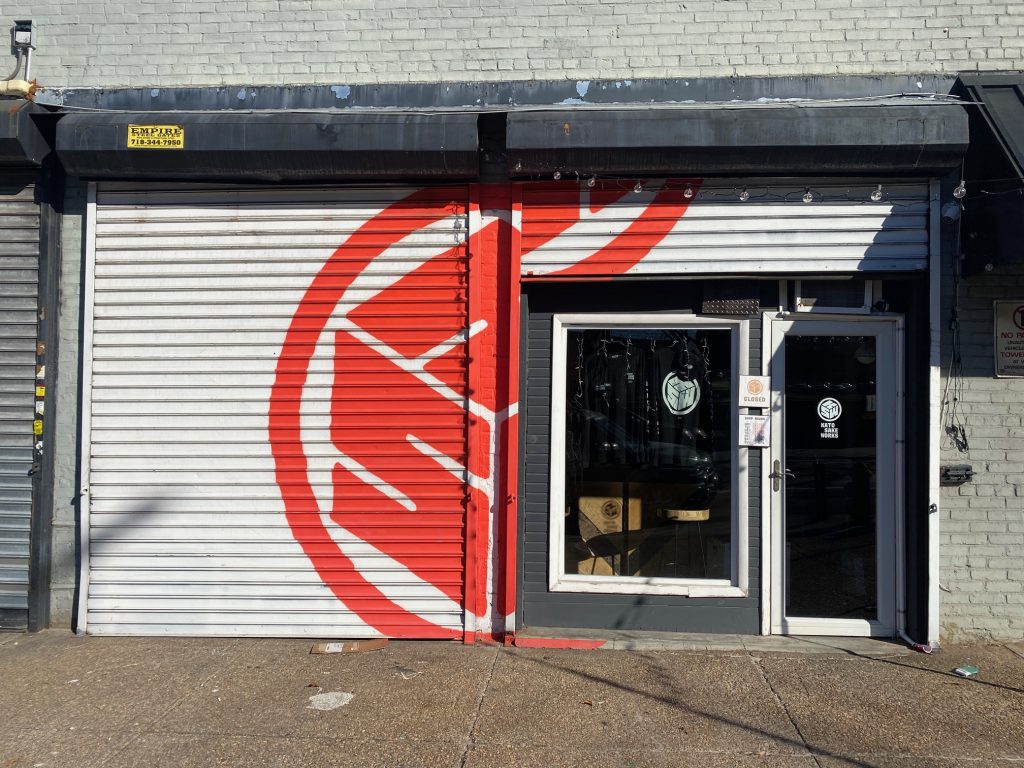 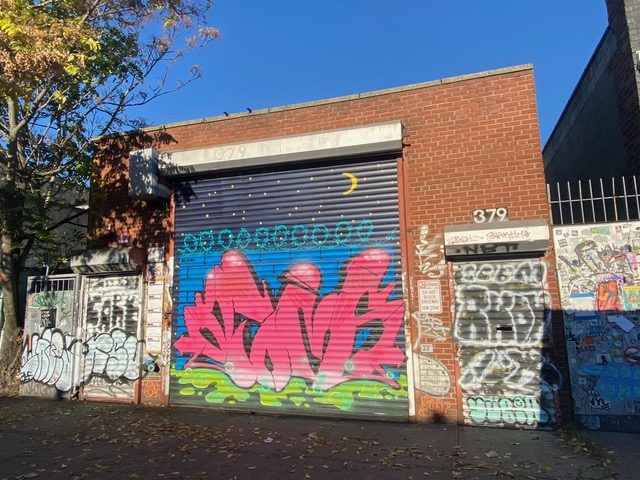 “My American friends haven’t had the luxury to go from cheap happy hour sake to the good stuff.”

I was a home brewer first. I came to the U.S. in 2004, and before then, I was spoiled by good sake in Japan. Right out of college, I only knew cheap sake to get drunk, like you do here with cheap beer and wine. I hated it. My boss then was a real foodie, and he said I probably didn’t know real sake, so he took me to all the fancy places. In Japanese society, whoever is senior will take care of your bill, so I was really spoiled.

When I first moved to the US for grad school, I only drank the cheapest beer. As I got more disposable income I moved to craft beer, and was at local breweries and wineries every week. The same thing hasn’t happened to sake in the U.S. yet.  In Tokyo, even somewhere simple will have a good selection of local sake. My American friends haven’t had the luxury to go from cheap happy hour sake to the good stuff.

When I came to Brooklyn, I looked at many of the neighborhoods and I fell in love with Bushwick. The mix of super industrial and residential properties, all of the art, music venues, thrift stores, people playing music on the street—it’s very similar to my old neighborhood in Tokyo, Koenji. It’s just a ten minute train ride from the Shinjuku main station but far enough to be its own neighborhood, about the same proximity from Manhattan to Bushwick. Koenji has lots of old families, many students and musicians, small izakayas and record shops, no big box stores. People would just hang out together late into the night, and Bushwick to me was kind of similar.

It’s illegal in Japan to home brew so I’d never thought to make it. But once I was here I started trying, just by Googling everything. And what I made was good! In the same way that everyone was making bread at home during the pandemic, whatever you make for yourself tastes good because it has different properties than store bought stuff. My friends would tell me it was the first time they had a sake experience they enjoyed, and even asked if they could buy a bottle. That’s when I realized: I’ve been complaining about the lack of sake accessibility in the United States… but this might work.

As told to Madeline Jaffe. This interview has been edited and condensed. 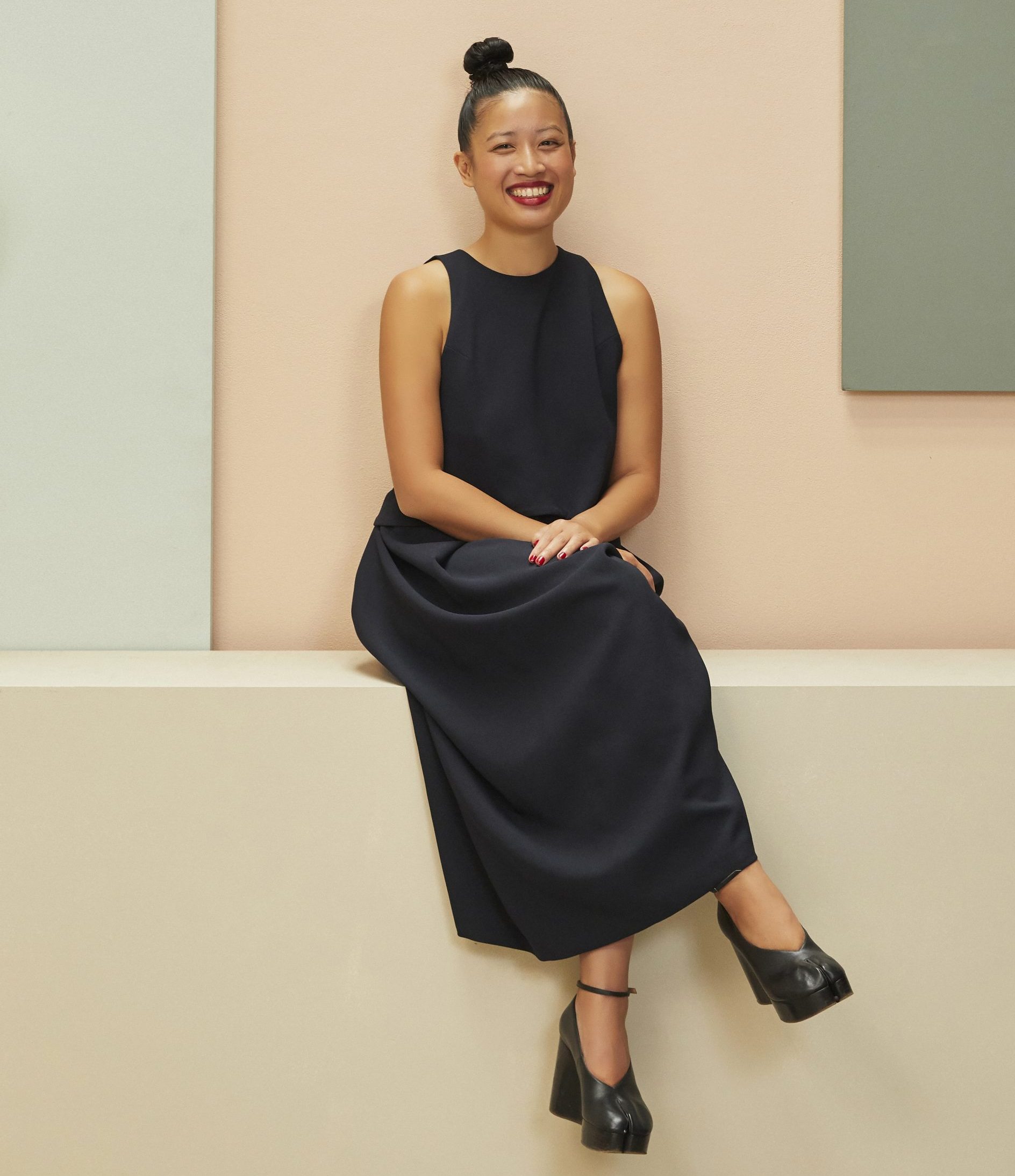 The founder of global public relations agency Hello Human on reimagining PR for creatives, seeking out a financial partner, and launching a business during the pandemic. 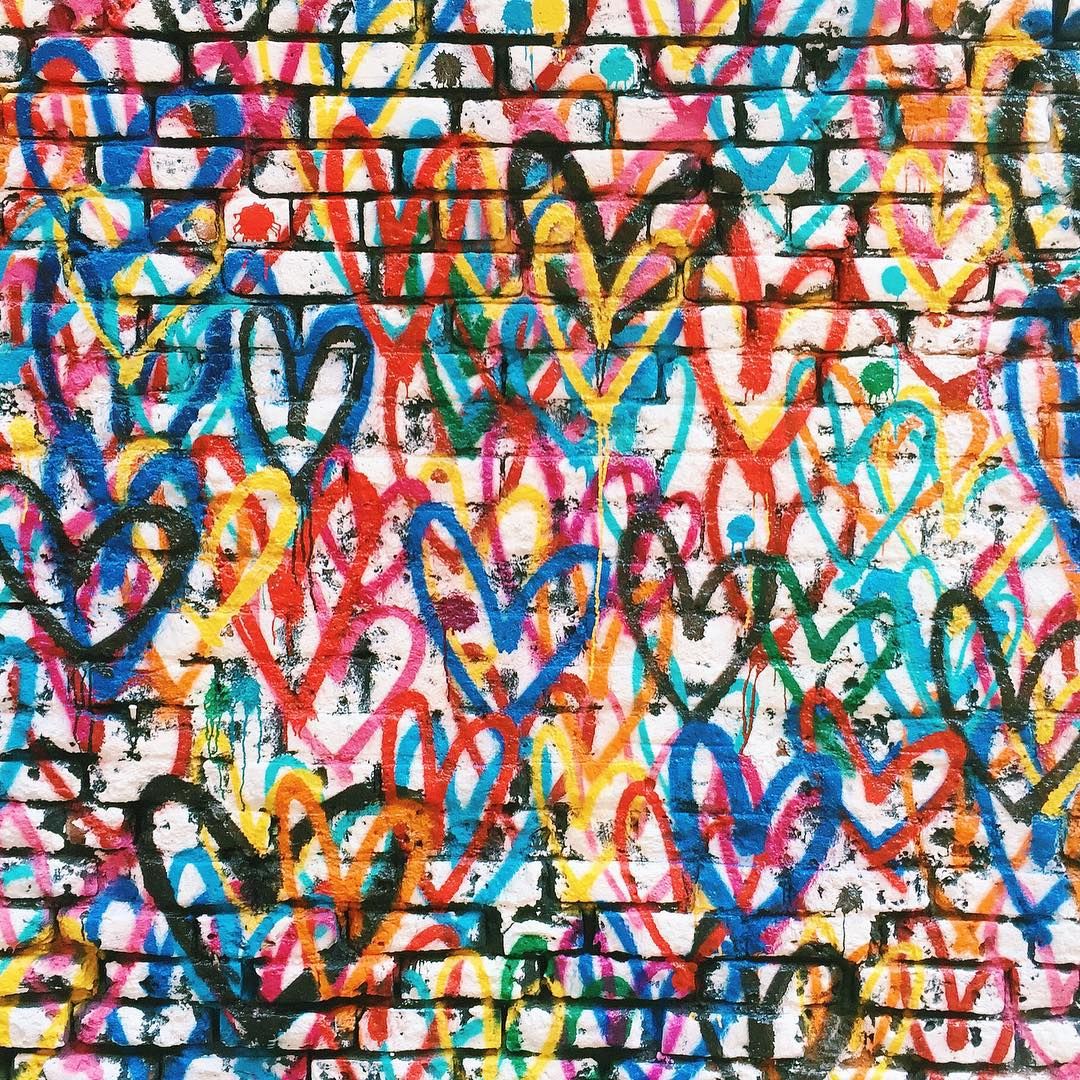 When I started Skopos in 2016, I wrote this Manifesto to expresses our philosophy, commitments and ideas that drive us. 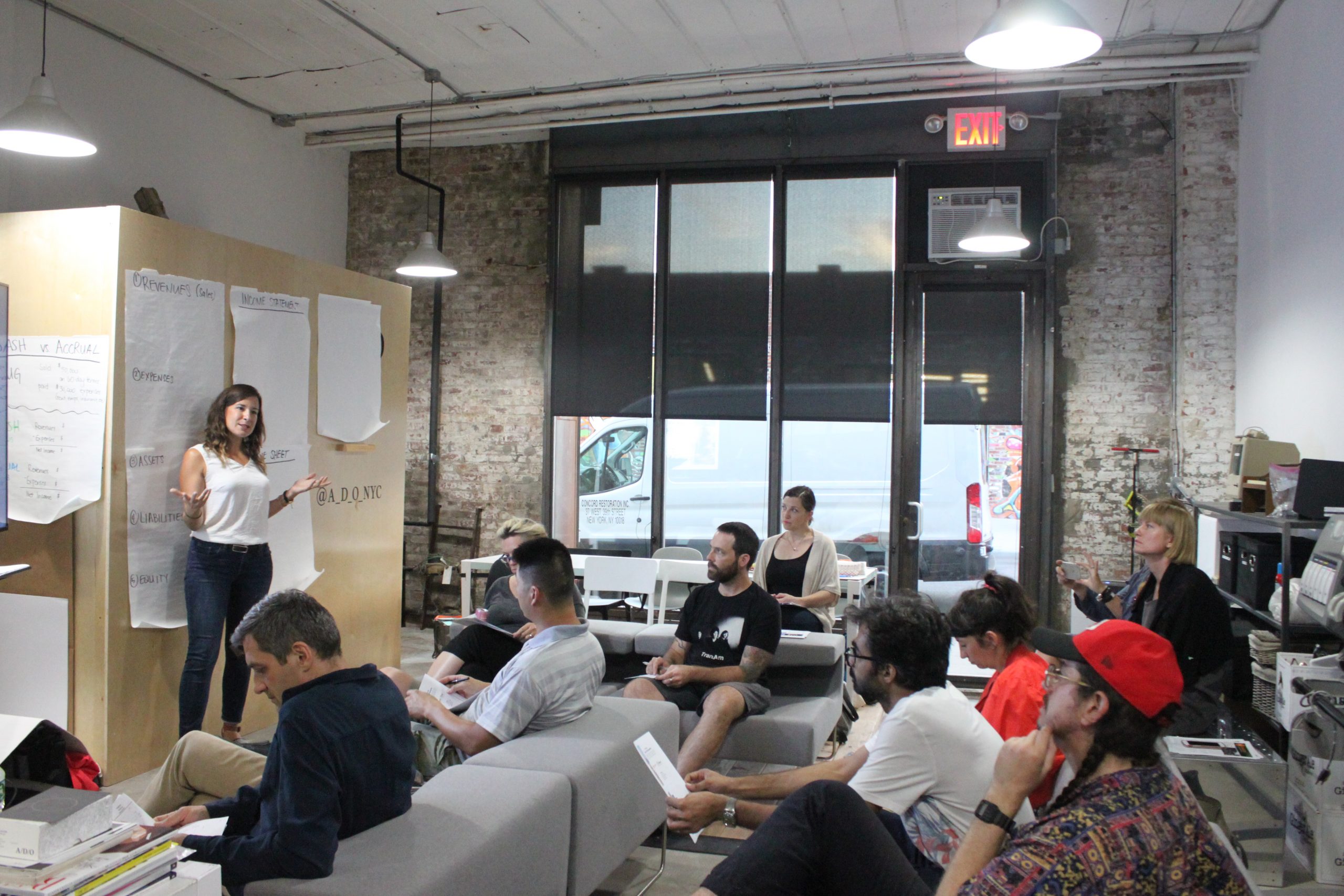 When you’re looking for an approachable financial mentor, trust Skopos with training that’s on the money. ​

The Benefit of B-Corps

As I entered my first business courses in college, we quickly learned the two fundamentals of business...

Subscribe for useful and inspirational info, tips and tricks! 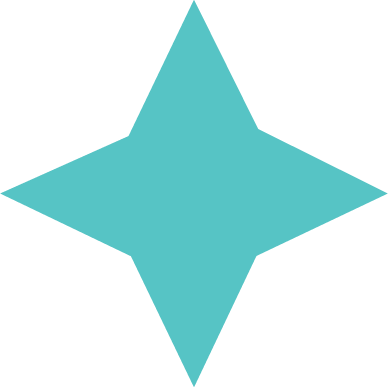 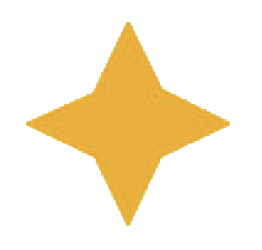 Want to talk business? (We sure do!) Get in touch here.